Keeping a tab on your health is crucial. With hectic lifestyles and work-related and stress-related problems being on the rise, more and more people across the world are finding themselves tense and exhausted as they try to stand out in the crowd. While it is important to find a work-life balance, it is also imperative that you put your health first. 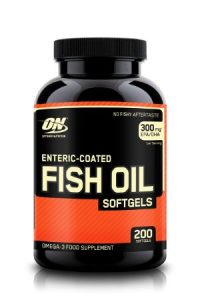 This is why supplements and capsules have become a common occurrence. Not only do they give you that extra boost of energy to last throughout the day, but they also help your body mend, and your health improve.

One of the most common of these supplements is Fish Oil. It is widely popular due to the omega-3 fatty acids, EPA, and other essential nutrients being present in it. Fish Oil can help your heart get better, make your mind sharper and of course help your energy levels increase.

There’s a brand new trend in the market in recent times that is supposed to be better than fish oil. Being from the sea, krill oil is taking over the fish oil industry. Not only are they expected to have higher amounts of EPA but they are priced higher than fish oil, making them a premium buy.

Before you decide to give this a try, however, is krill oil better than fish oil? There are have been conflicting views on the same, so it is necessary to do your research on the same first.

So here are some fundamental differences from the same to help you make up your mind.

In this matter, both krill, as well as fish oil, have the same properties. With the right kind of Omega-3 fatty acids such as EPA and DHA being present in it in high amounts, fish and krill oil is exquisite for the body. The only difference is that the EPA levels in Krill oil are said to be significantly higher which can make it slightly better.

Another important thing that is available in krill oil is the antioxidant astaxanthin! Along from giving the crustaceans that bright red and orange pigment, they are extremely helpful for your system as well. This is one of the reasons for its high prices as well.

Another question that you need not worry about is which oil is better to reduce the risk of strokes and heart attacks. Since the primary nutrients are vital for a healthy heart, you can choose fish oil or krill oil, but of course, this depends on your budget.

Studies show that krill oil managed to best fish oil here. Those who consumed krill oil capsules were able to control their emotional symptoms and even had less breast tenderness and pain. On the other hand, it performed similarly to fish oil when it came to weighing gain and swelling.

The downfall of the krill oil is that the decay of the krill starts within two or three hours after the krill has been caught. This means that there is hardly any time for the processing to occur. This can lead to a higher batch of krill oil being wasted or being a bad batch.

Fish oil on the other hand only starts decomposing somewhere between 48 and 72 hours which makes it easier to extract the oil and process it before the oxidation occurs So if you are wondering whether fish oil or krill oil is better in this aspect, fish oil wins easily.

While there are many studies that have been conducted on krill oil, the full implications of the nutrients in the oil have not been completely researched. While fish oil is a popular supplement, it will be hard-pressed to follow the success that is krill oil once more results are conducted on the same.

In the matter of deciding whether krill oil better than fish oil, you need to keep in mind your budget as well. Since the production and packaging value of krill oil is higher, get ready to shell out a lot more for the capsules if you do decide to opt for the same. Fish oil, on the other hand, has several documented benefits, is cheaper to buy and lasts longer, so this is certainly something you should consider.